This page is not available in 繁體中文, as a result the English (en_US) version is shown instead.
Experiment

This is an experiment, but maybe this will work better.

Let me google that for you. 4b3yrms

Looks like since I added an entry page last March the bounce rate went up by 20%. Not unexpected, but it bothers me a little that more than half of the people couldn't figure out how to proceed from there. So I tweaked it a little and hopefully it will be slightly easier, and maybe the bounce rate will even drop below 50%.

The end of an era:

GeoCities, a free Web hosting service that achieved fame in the mid-90s, died Thursday at the Yahoo headquarters in Silicon Valley. GeoCities was 15 years old.

Back in the days I had a GeoCities account too, but that was mostly neglected because of my Tripod sites. One of them is still working too, too bad I didn't have one of those visitor counters that were so popular in that era.

Shortly after graduating from HTML and Javascript, I moved on to this language that's used to make applets. I don't really remember why, but probably because books about Java are right next to books about Javascript. That's when I heard of this company called "Sun Microsystems", and thought that they were one of the coolest companies on Earth.

Fast forward couple years, when I was at Cal it's full of Sun machines. Those Ultrasparcs were slow, the userland was strange and difficult to get used to. Over time the department that I worked for started to switch away from Sparcs and Solaris, and their coolness factor faded.

Nevertheless, I was quite sad to hear that Sun was brought by Oracle. I can't quite find an obituary that's like the one for GeoCities, but I did find this picture taken by Kevin Krejci: 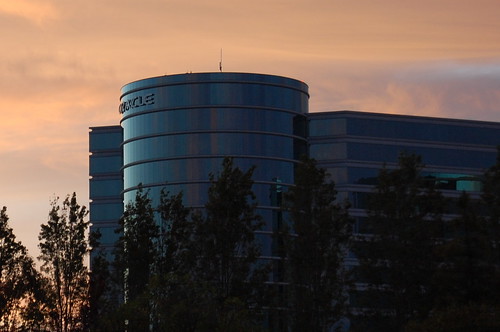 Finally did some web work this weekend. It's the first major update since around 2007 I think, and probably the first time I've had a separate landing page. One that will no doubt drive up the bounce rate :-)